State of the Industry: Self Storage Annual Report 2022 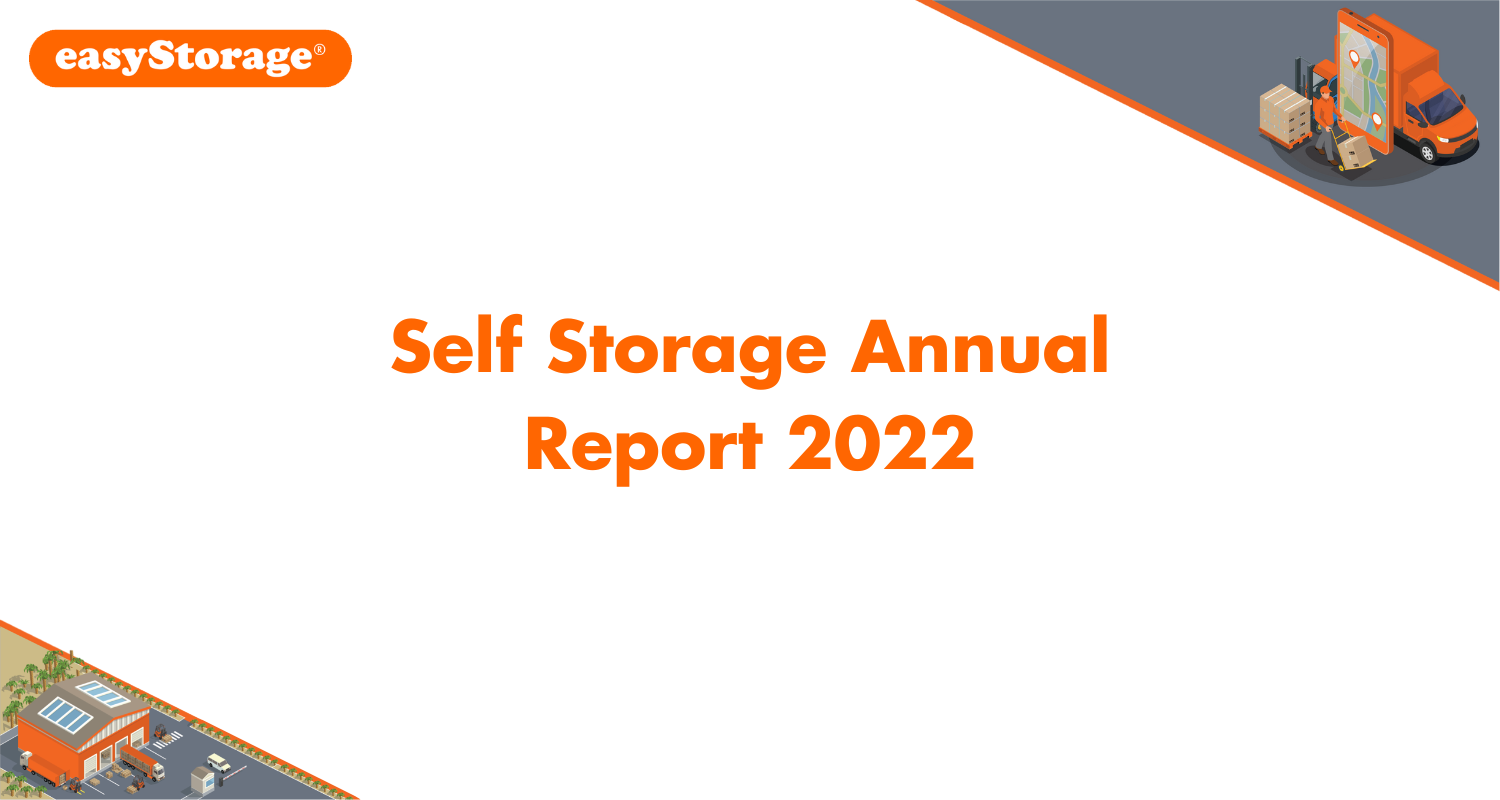 The annual report by the Self Storage Association (in conjunction with Cushman and Wakefield) on the state of the storage industry has arrived: the Self Storage Annual Report 2022 reviews UK figures for 2021 from both a customer and operator perspective, and reports back. (The research is independently conducted by YouGov.)

We reported last year, so how is easyStorage faring this year compared to the average?

In general, 89% of customers are satisfied with the service from their self storage ‘store’. This is a good number, but easyStorage knocks this out of the park with a 96/97% satisfaction rate, and rising.

The report plays to the old adage of why people use self storage – the three D’s, Death, Divorce and Disaster. To a large extent it still holds true as some of the main reasons that people come to us, and empathy is a trait that our directors look for in all of the easyStorage franchisees.

According to the report, divorced or separated people are twice as likely to use self storage as others. A death in the family is also reported as one of the most common reasons that people book storage.

However, whilst this is as true for easyStorage as for the rest of the industry, the easyStorage pricing and collect and return model means that easyStorage sees far more ‘lifestyle choice’ storers than most other storage companies, it would seem.

This simply means that easyStorage has a balance of all kinds of people using storage, and absolutely doesn’t mean that easyStorage is turning its back on people who need to use storage due to death in the family, for example. In fact, easyStorage takes this part of its work so seriously that just over a year ago it joined the National Association of Funeral Directors (NAFD).

However, we also believe that, although it’s not specifically in the report, this lifestyle trend is true across the industry. For example, the report DOES note that people renovating their homes are three times as likely to book self storage.  easyStorage is well aware of that need and the easyStorage teams try hard to help. The fact that easyStorage both collects and returns things to customers is a major support for those facing the daunting prospect of renovations. The removal and return of belongings can become a logistical nightmare, with other rooms being commandeered for storage creating even further upheaval, and with van bookings having to be scheduled on top of all other considerations. easyStore’s ‘mobile storage’ model can take away some of that pain.

Moving house was noted as the reason for 29% of self storage users booking storage. That holds true for booking at easyStorage as well, and the easyStorage teams go out of their way to make life easier for customers, even providing packing materials and regularly blogging helpful tips on packing via sister website, easyStorageBoxes.

But one of the biggest drivers for lifestyle storage is the cost and size of UK housing: according to the report, house prices have risen in England by 10.7%, in Scotland by 11.7%, in Wales by 14.2% and in Northern Ireland by 7.9%. The Office for National Statistics is forecasting UK population growth of 3.2% between 2020 and 2030 - an increase from 67.1 million to 69.2 million people. Yet new housing development in 2021 slowed compared with 2020, meaning that storage may well become more needed than ever as we try to do more with less.

86% of storage businesses now allow their customers to book online. easyStorage has allowed this since it was ‘born’ (Book online) and moreover offers people the chance to see how much space they need. (Space calculator)

One of the company’s core values is to innovate, using technology smartly to help customers.

According to the report, 56% of all self storage operators reduced their level of discounts in 2021.

Despite already coming in at around half of the price of traditional self-storage, easyStorage has actually increased its number of discounts in the same period, introducing discounts to help students, the armed forces, National Health workers and more.

Self storage itself is a small business: according to the report, “self storage stores themselves do not employ many people, with even the largest stores having on average only 3 full-time staff. However, while not direct employers, self storage stores are strong supporters of local small businesses. Many are viewed as business incubators, assisting local business transition from family, home-based operations, to larger-scale operators themselves employing more staff.”

As each ‘branch’ of easyStorage is a franchise, a small business where the owners have some real ‘skin in the game’ in terms of making customers happy, we relate to this – and to our customers.

The report notes that 84% of businesses that use self-storage have less than 10 staff. In most cases, this is as true for easyStorage as the rest of the industry. On our blog you can read small business stories including those of glass artist Tina Easton and glamping business Kymani Getways.)

In line with industry, easyStorage has grown over the past year. It takes a little time for our franchises to come online as they need operating licences and thorough training before operating. However, the past year has seen easyStorage expand in Scotland. The team in the Thames Valley has increased its warehousing capacity.

And since the start of, we’ve welcomed new franchises serving customers including:

At present, according to the report, only 51% of the public have a good awareness of self storage. We strongly believe that this will change as people become aware of the lifestyle benefits of having storage space, from decluttering through to major life events.

easyStorage considers itself ‘self storage’. However, as this report points out “self storage in the UK is not a regulated industry, there is little guidance from government as to exactly what makes a self storage store. There is a European Standard for self storage, however this was drafted over 12 years ago before newer industries like mobile storage, trade counters, peer to peer storage and valet storage had emerged. The standard was primarily focused on differentiating self-storage from removers’ storage and defining minimum levels of security and legal protection for customers.”

The industry is changing massively and offering more choice than ever to customers. By current definitions, a storage container in a field would count as self storage, but the ‘mobile storage’ model which easyStorage uses is not, strictly speaking. This probably means that the report’s 52 million square feet of self storage space in the UK is understated, and that the 0.76 square feet per head of population as reported is actually far higher.

According to the report, the perception of value of self storage dropped for the first time this year (with 19% of customers saying it is poor value - not something that holds true of easyStorage). As occupancy rates and inflationary pressures increased towards the end of 2021, many operators increased their prices, some at higher levels than previous years.

The report notes that this could well have could have impacted perception of value. We’d add to that less special offers (see pricing, above).

With easyStorage prices at competitive levels and customer satisfaction rates higher than industry averages, as a company we would like to see wider recognition for newer types of storage, such as ours (where collection and return is more normal than customer collections on site) included in future reports.

We sincerely hope that future reports will reflect these trends for the sake of the whole industry as well as for us at easyStorage, wanting to be at the heart of the industry we love. The overall picture might start to look very different. 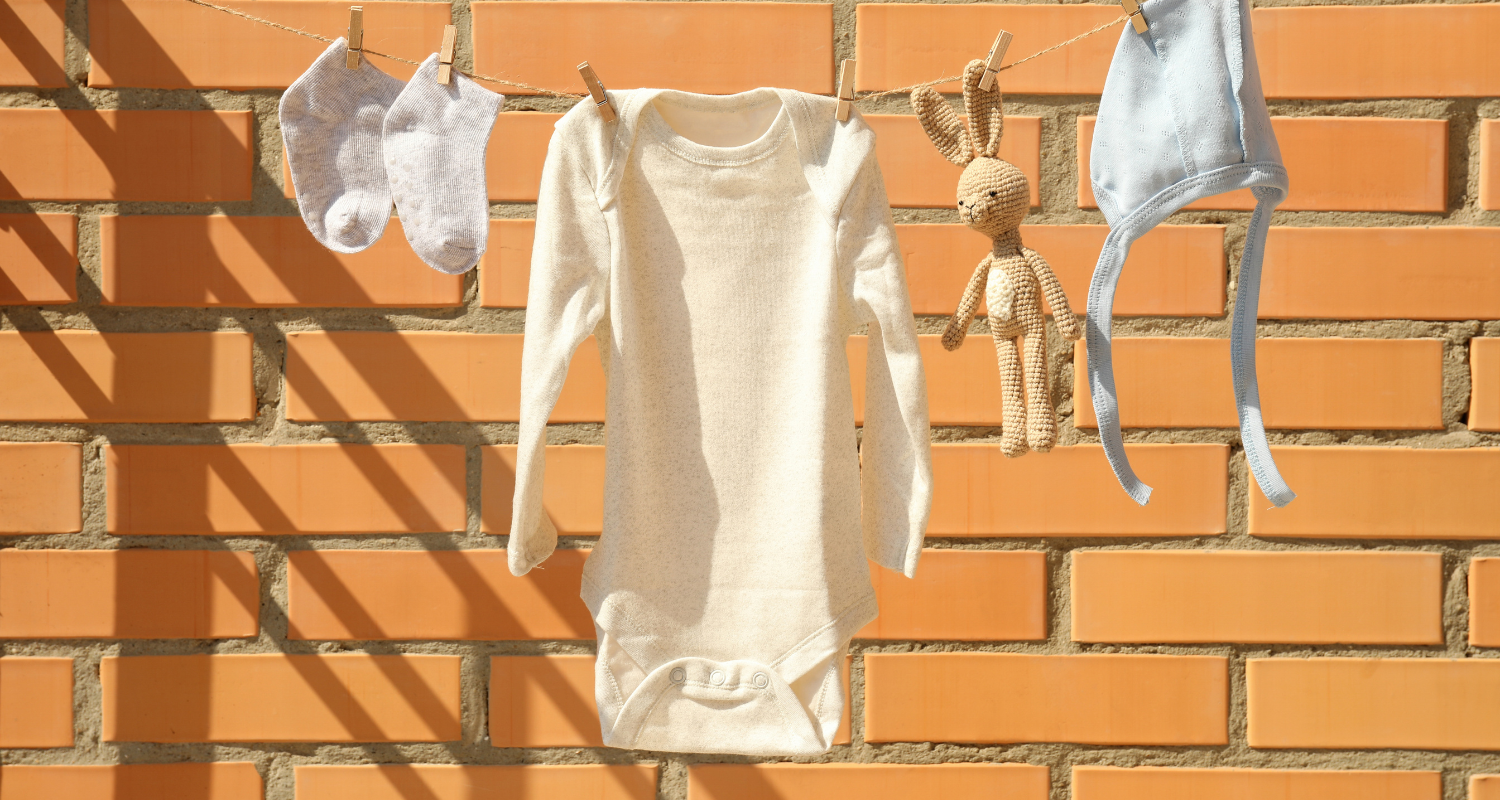 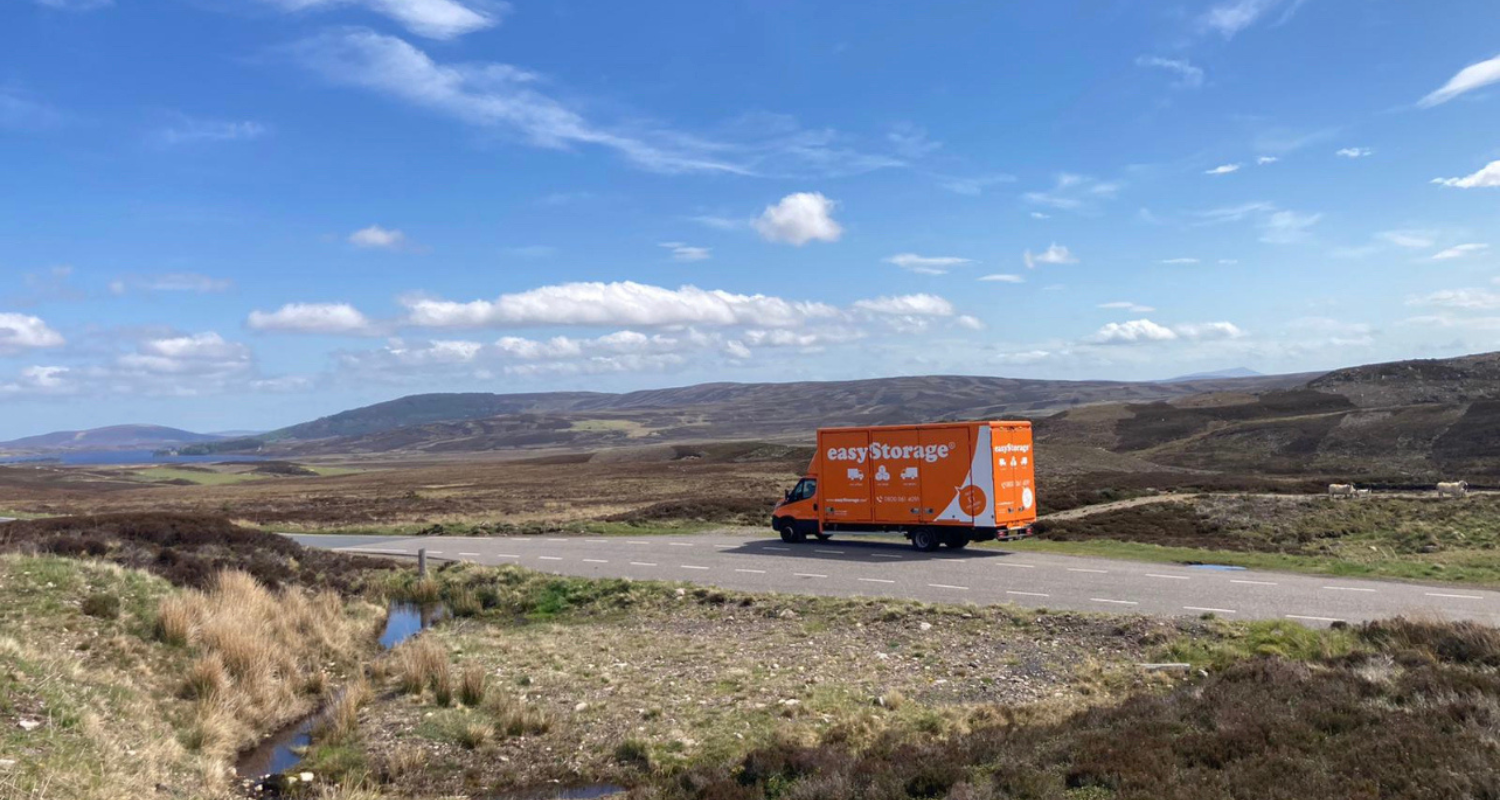 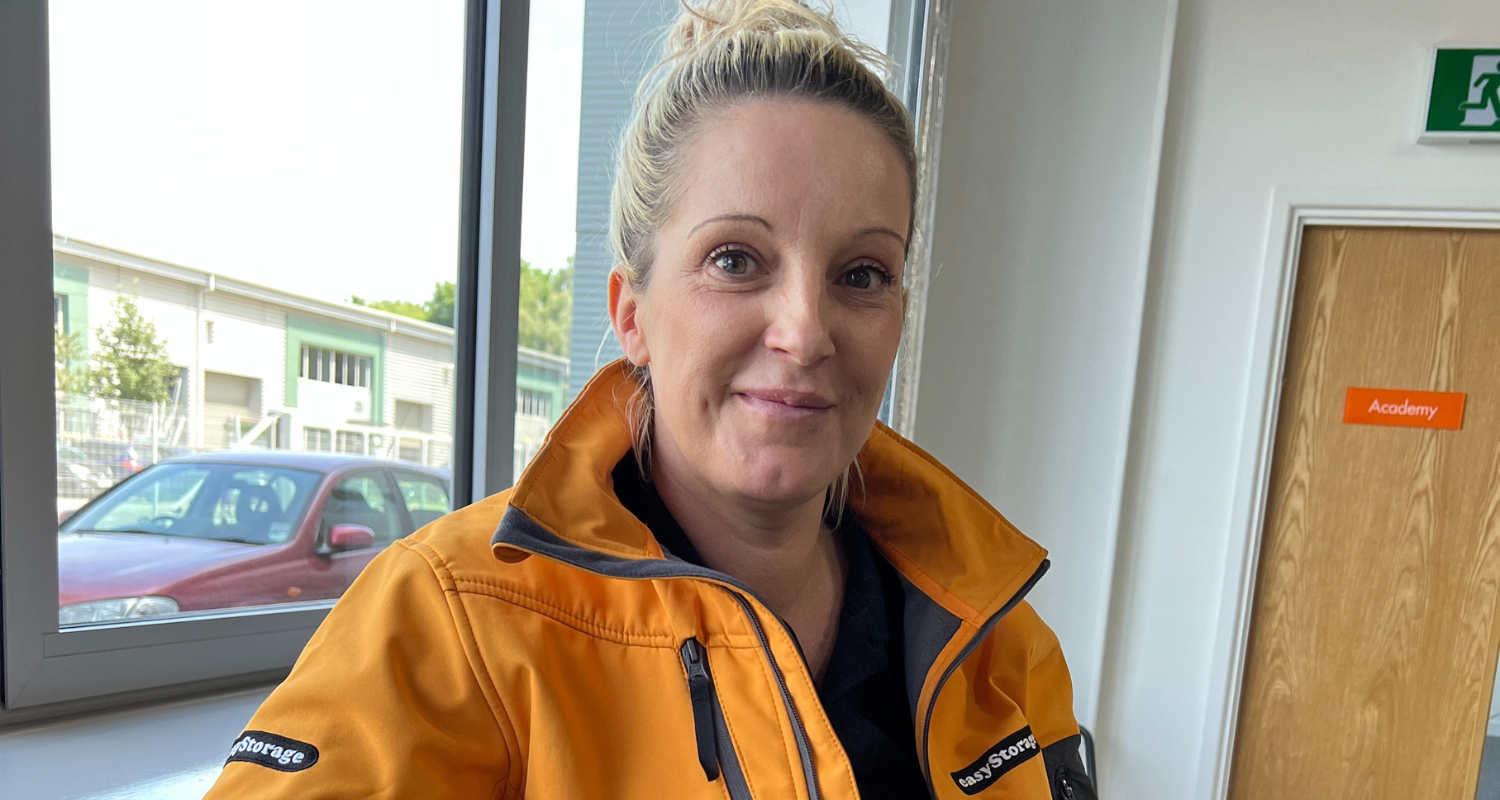