Self Storage in Essex Gets a Boost

Meet Kevin Finan, the new franchisee managing our self storage operation in Essex 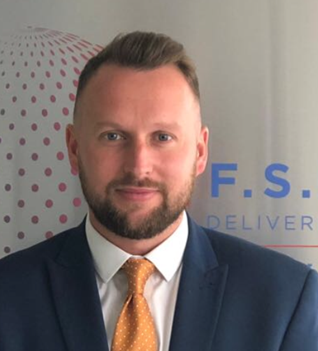 We’re like a family at easyStorage, so when the franchise owner at easyStorage Essex fell seriously unwell in August of last year, we were concerned for both him and for our customers in Essex. The franchise had been running since 2019, but he was no longer well enough to give it the time or energy that the business needed, and by October had made the tough decision to step down.

So we were delighted when Kevin Finan stepped up. He had been wanting an easyStorage franchise forsome time. But company policy is that we have our franchisees live in the areasthey serve, for lots of very sound reasons, and Essex was already taken.

Kevin already knew himt hrough their gym, and taking on the franchise not only helped out the previous owner but also fulfilled his personal goal. And with many pods already filled with customers’ belongings,Kevin's new business wasn’t beginning from a standing start.

Of course, despite the business already being operational, and easyStorage already having a relationship with him, Kevin undertook the same tests and ‘due dilligence’ as any other easyStorage franchisee, including business plans – which were easy for him as he is a Chartered Accountant.

He is now full of enthusiasm and ready to offer storage facilities across most of Essex, including Southend-on-Sea, Basildon, Chelmsford, Braintree, Thurrock and even Upper Maldon.

Kevin’s wait for an easyStorage franchise was based on the recognised ‘easy’ brand name, his faith in the leadership, the franchise model, the brand support and the relative freedom that running your own business offers.

He will largely be managing the franchise from the business side rather than the operational side. As Steve and Colin, who were also part of the easyStorage Essex business, decided to step down at the same time as the owner. Kevin’s two uncles, Richard and Robert, are both shareholders in the business and have stepped up to be theface of the operation with customers. They’re the ones who are being trained to drive and load the easyVan.

easyStorage has a tradition of calling easyVans after their first customer. They are a very special part ofthe team. Not only are they eye-catching easy brand orange, meaning that they spread a little sunshine (and let the world know about easyStorage), but they are bespoke, made to carry our easyPods.

So when asked about the van’s name, she’ll be keeping ‘Rachel’.

Other, more serious, plans for the business? Kevin’s full of positive enthusiasm and has already attracted new customers.

easyStorage Essex  customer reviews were already five star, so it would be almost impossible for him top, but he has every intention of maintaining that.

If you live in Essex, you may well see some easyStorage billboards, and you’re likely to see Kevin at local networking events, online and off.  You can find him and his team on Facebook https://www.facebook.com/easyStorageEssex/.

But, Essex or not, we’ll give you a headstart on getting to know Kevin. Importantly, he’s engaged to be married. The ceremony was due to be in June of this year (2021) in Greece, but the couple have decided to wait until COVID allows them to have their favourite people there. They’re currently consoling themselves with their two dogs.

Kevin’s a sports fan who mainly plays football, tennis and golf. In normal times he loves travelling, and he’s rumoured to play a fun game or two of poker.

We wish everyone at easyStorage Essex, including those who’ve moved on, every success – and if you see Rachel, don’t forget to wave!