Irene Kapetanaki has joined easyStorage as Partnerships Manager – and she has star qualities. Meet her here.... 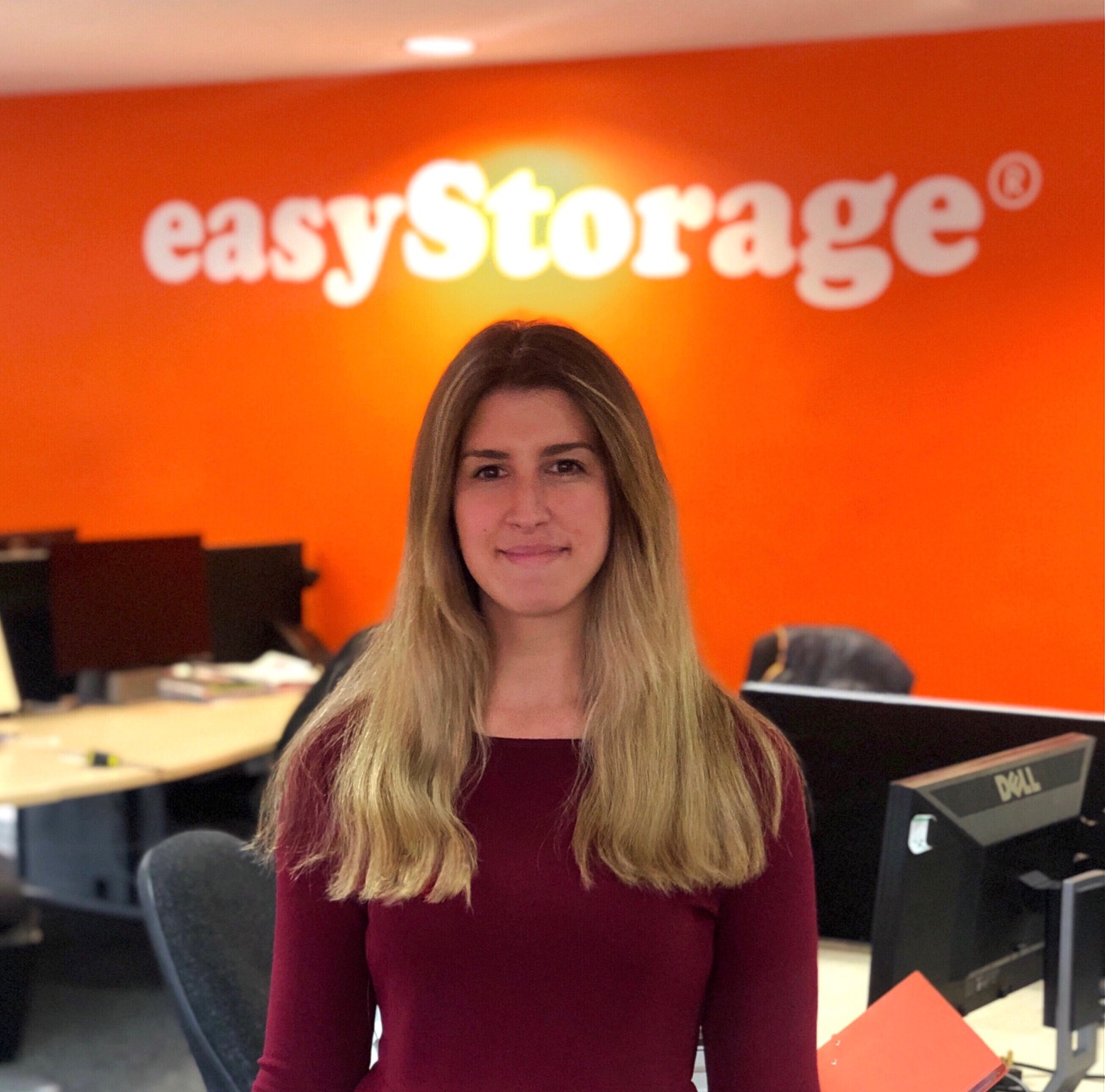 Irene Kapetanaki came back from six months travelling and was snapped up by easyStorage just a month after returning. It’s easy to see why. Irene came from a hospitality background, having worked her way up from the bottom. They too had spotted her star qualities: she worked for the luxury Marriott hotel chain, working her way up and proving her worth over ten years: when she left she was looking  after their corporate accounts with companies as diverse as Victoria’s Secret, technology companies and even Goldman Sachs when she left.

The enjoyment of working across industries is something that she equally enjoys and values in her new role at as Partnerships Manager at easyStorage. She now supports people across industries like estate agency, insurance companies, event organisers and funeral organisers – organisations where they periodically need storage support and need the strain taken off them so that they can focus on their day jobs. (Having also previously worked for a short time in an estate agency she’s in familiar territory.)

She has been surprised by the speed at which things happen at easyStorage. In a business as big as Marriott, there are procedures and sign offs for most things. At easyStorage,this is limited to the most important things, and despite being a well known brand, easyStorage has cut through a lot of red tape and bureaucracy, meaning decisions are made quickly and the admin load is light – in no small part due to the company’s investments in technology.

Irene is originally from the beautiful island of Crete, where she and her boyfriend spent the last four months of their travels. Having set out to travel for six months through Asia, COVID regulations sadly made this almost impossible. Asia’s loss is our gain, and her customers’: she’ll be introducing some new referral schemes next month, and she’s promised to tell us about them for this blog.

Apart from her passion for travel, Irene loves baking and company rumour has it she makes superb chocolate brownies – better, apparently, than the ones recently baked on GBBO(The Great British Bake Off TV series). She had brought hers into work to celebrate a big birthday the day before the chocolate brownies programme aired.Her colleagues agree that she would have beaten all of the contestants: her unadulterated brownies were superb, so why mess around trying to improve something that’s already Heavenly?

With her hospitality ethos, she’s well aware of the value of being helpful and supportive with customers, offering a fabulous service, and saving them time and money. Even as a junior, waiting the tables at the BAFTA awards – serving the likes of Brad Pitt and Leonardo di Caprio, no less -  she was allowed to hold a BAFTA for the day. Indeed, we believe she may be the only one in the company to have held a BAFTA.