easyStorage, the foodbank and Christmas Presents for Children in Difficult Circumstances 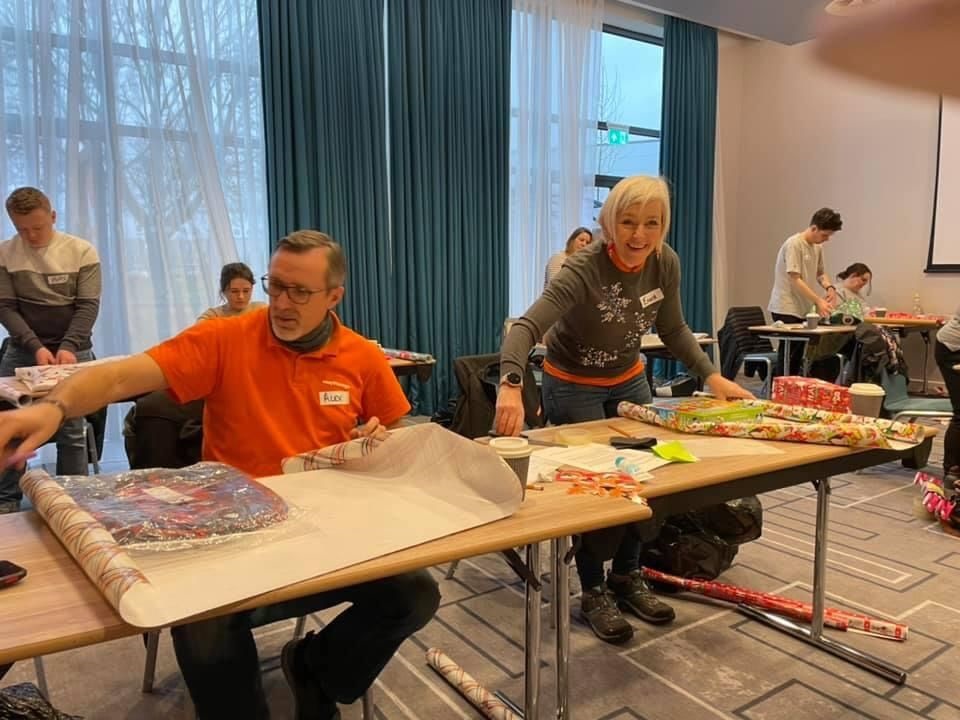 With COVID affecting so many financially this year, the team has been helping out two closely related charities.

At this time of year, the food bank in Aylesbury had extra goods that needed to be moved, so the team volunteered their beautiful ‘easy orange’ truck – also known as ‘Princess Mariam’ – to transport tonnes of pasta and tinned goods.

Food banks are grassroots, community organisations aimed at supporting people who cannot afford life’s essentials. The Aylesbury Food Bank provides three days' nutritionally balanced emergency food and support to local people in crisis who are referred to them. It is part of a nationwide network of food banks,supported by The Trussell Trust, which is working to stop UK hunger and poverty.

The Trust will have seen a 61% rise in need for food banks over winter 2020 compared to the same period in 2019. Consequently, the Trussell Trust network has been faced with the mammoth task of giving out six food parcels every minute over the winter.

The easyStorage Thames Valley team also supported the Abingdon Toy Drive, which is run by Carla Laidlar of Abingdon Community Events. Every year they have over 700 toys donated by the generous local community. ‘Princess Mariam’ was again put into service to both load and then unload at a local hotel for the ‘Big Wrap’. An army of volunteers, armed with Christmas jumpers and scissors - including Alex and Emma (the easyStorage Thames Valley franchise owners) - helped wrap more than 760 toys in less than three hours. The team at Hilton Garden Inn Abingdon provided both a great space for the volunteers to work and beverages.

The easyStorage team then stored the toys until they went to the local food bank a few days later to be distributed to the families in need.

Abingdon Community Events (Oxfordshire) was set up in 2018 to help low-income families within the Abingdon area. Their primary aim is to help children in the local area to receive a Christmas gift (although they also run events and campaigns throughout the year, as required).

The children in need are referred by local charities whose families need a helping hand in tough circumstances including domestic violence, illness and house fires.

easyStorage is a caring business, and we are incredibly proud of our Thames Valley team, not just for the five-star service they offer customers daily, but for getting so involved with their community.